Eddie Huang & "Fresh off the Boat"

Re: Eddie Huang & "Fresh off the Boat"

Randall Park gets some love from the media: 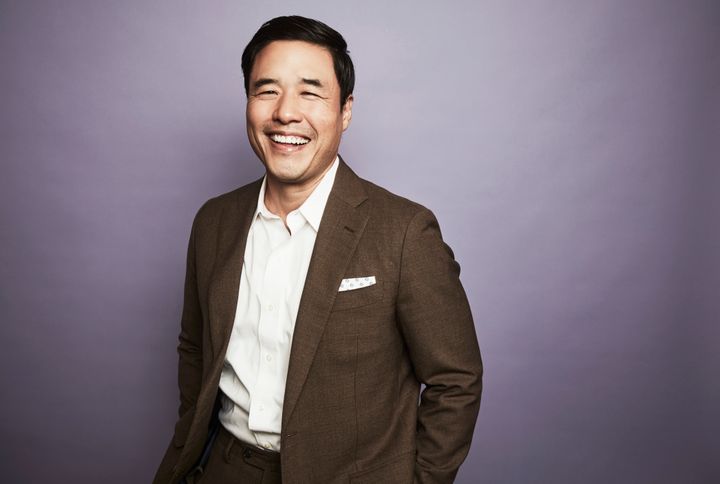 10/03/2017 10:30 am ET Updated Oct 03, 2017
‘Fresh Off The Boat’ Star Randall Park Expected More Lead Roles For Asian-Americans By Now
“If you’re not represented in the media, for a lot of people and definitely for people in certain parts of the country, you’re invisible.”

During a time when major roles for Asian-American actors are few and far between, “Fresh Off the Boat” has been a breath of fresh air.

In its three seasons, the show has explored the immigrant narrative while humorously injecting cultural references ― like the adamant refusal to use the dishwasher or the much-dreaded yet inevitable Asian glow that comes on after a beer ― and in doing so, has redefined what a “typical” American family can look like.

It’s something rarely seen in the current entertainment landscape. In fact, a recent study showed that Asians continue to be tokenized in the U.S. TV industry. The majority of current shows fail to feature a single Asian-American or Pacific Islander in its main cast at all. What’s more, the tired stereotypes of the perpetual foreigner, model minority, exoticized woman, and others continue to exist despite the harm to the community.

“Fresh Off the Boat” stands as one of the few shows challenging the Hollywood status quo, with its majority Asian-American cast and three-dimensional characters who capture how the children in the show’s central family “negotiate their cultural citizenship as both Asian and American.”

With the show returning for its fourth season Tuesday, HuffPost sat down with actor Randall Park, who plays the hilarious Huang family patriarch Louis, to chat about what we can expect from the show, Asian-Americans’ status in Hollywood, and his upcoming project with Ali Wong.

Let’s dive right in ― the Season 4 premiere is upon us. Asian-Americans are anxiously awaiting it. How are you feeling about it?

At this point, we’re in our fourth season, and it just feels like ― as far as the cast and the crew ― we’re a family. The pressure isn’t there as much as it [was] in the previous seasons. We have a really strong and passionate fanbase in the community and outside of the community, and it’s just a real positive time. I can’t wait for people to see this season, because it’s just so good.

Something that resonates with me and so many Asian-Americans are the insider references we see on the show. You guys have addressed how we just don’t use the dishwashers and Asian glow. Seriously, how much Pepcid have we all taken? Is it easier for you to act in these scenes because it’s something that’s familiar? Or is it difficult because these cultural markers haven’t necessarily been written before in Hollywood?

I wouldn’t say it’s easy or hard, but it’s definitely more fulfilling for me to explore those topics. It’s mind-blowing that you get to show these experiences that I’ve known for so long and have been a part of my life for so long but haven’t been shown on TV before. Whenever we do these really Asian scenes or topics, I feel like we’re doing something a little historic. It’s really added to the joy of being on this show.

Yeah, we often see a lot of stereotypes about Asians on TV. But “Fresh Off the Boat” had insider references that we, within the community, recognize.

For sure! And on our show, when you do see something that could be construed as stereotypical, it never feels stereotypical because you get the background behind it, the humanity behind it. You understand the reasons why. With our show, it’s explained.

Yeah, you know it comes from love for her family ― it comes from a real deep place whereas before, when you saw that tiger mom stereotype, you never saw the emotional reason for it. It was this empty cliché.

The show has a majority Asian-American cast and it’s been more than 20 years since we’ve seen something like that on TV. As you know, we’ve really had to fight for representation on-screen. I was wondering, in your opinion, why does representation matter?

The media is so powerful and it really shapes the way people think. If you’re not represented in the media, for a lot of people — and definitely for people in certain parts of the country — you’re invisible. You just don’t exist. To have a show like ours, and other shows that reflect diverse perspectives, it shows the country and the world that we’re human beings. That we’re complex with stories that anyone can identify with, but we also have certain elements that are different. But those differences are worth celebrating. Those differences are cool. Those differences are not to be ashamed of.

We’re seeing a lot of audiences respond to diverse programs, and there was even a study that mentioned how diverse casts are very profitable. But Hollywood isn’t necessarily delivering ― they’ve made mistakes in recent years including a few instances of whitewashing. One of your show’s executive producers, Melvin Mar, mentioned in a previous interview that he believes Hollywood is racist. Would you agree?

For sure. In my experience, meeting with executives and working with casts and crews, I’ve rarely met anyone who’s an overt racist. They’re a lot of people trying to do their jobs with good intentions, but I do feel the institution is deeply racist. When people blindly do their jobs without taking a moment to think about the way they’re doing it and the traditions behind what they’re doing, they carry out these things that perpetuate racism, ultimately.

A lot of these producers who end up whitewashing these roles ― I don’t think a lot of them are these evil villains, knowing what they’re doing when they’re doing it. I think they’re trying to cast a movie the best way they think possible, but the best way to them is often to hire the white actor, and they don’t realize [the issue] until its called out to them. The good news is, we’re calling it out more and more and they’re listening more and more.

Do you think that “Fresh Off the Boat” has made a dent in the industry when it comes to diversity? Have you noticed a difference when talking to execs?

I don’t know if it’s just “Fresh Off the Boat.” It’s a bunch of things that have played into this change in the culture of the industry, but the show has definitely raised awareness. More of my Asian-American actor friends are getting work now more than ever. But when it comes to lead roles in projects, it’s still a problem. There’s still a lot more work to be done. I really expected, at this point, our show would’ve influenced the industry to have more shows like it.

In the current political climate, there are a lot of events that affect Asian-Americans. Trump rescinding DACA is just one of many. The show has touched on the topic of immigration in the past with Jessica and her citizenship. Has tackling these subjects been difficult to do on a family program? Can we expect more of these addressed in the future?

The night we shot [Jessica’s] swearing-in scene, the emotional climax of the episode, was the night of the election. The entire family was there, Jessica was being sworn in and we were so emotional and proud and happy. And in between shots, we were watching this election unfold and it was the most surreal experience to realize that Trump was winning and to go back and shoot the scene. I think our show will continue to tackle those subjects. I wouldn’t say we’re speaking directly to the administration, but, in our ABC family sitcom way, we are going to be exploring topics that, in my opinion, are definitely progressive and counter a lot of the things the administration is doing.

I know you have something coming out with Ali Wong, and the universe is excited about it. What can you reveal about it?

It’s a romantic comedy. Gosh, I don’t know how much I can really talk about it. Ali and I are old friends. We’ve known each other for a long time. There was a theater group I co-founded at UCLA, an Asian-American theater group. And she actually became a member when she was at UCLA. We’ve known each other ever since. We’ve done standup comedy together. We’ve done improv together and we’ve always talked about writing a movie together. So we started writing this movie and enlisted another friend of ours from that same theater company and we showed it to Netflix and they loved it.

Netflix was conscious of the importance of a project like this and how much people wanted to see it. Not just within the community, but definitely there’s a real hunger to see ourselves reflected in a romantic comedy. So they bought it and we’re in the developmental stages right now ... I don’t want to say too much about the story, but it will be really amazing.

Re: Eddie Huang & "Fresh off the Boat"

The current season of Fresh off the Boat may be the last:
Fresh Off the Boat In Danger of Being Cancelled

Viewership has dropped in each of its four seasons. I thought it was an interesting experiment at the outset, knowing full well that there isn't any real Asian-American culture. Things are either one or the other, but can't be both. The criticism of the show in the AA community is that it stopped having anything to do with the Asian experience after Eddie Huang gave up oversight of the show after the first season. It became an American show with Asian actors in it, mouthing the words. Many Asian Americans have completely tuned out of American narrative film and TV at this point. They watch Asian media, which is available in many formats now due to the rise of global tech. It helps that the Chinese box office for the first time surpassed the North American box office this year, with predominantly native productions:
China’s Box Office Is Now Bigger Than North America: It’s Time to Start Worrying

Another criticism is that the show's biggest star, Constance Wu, has made a number of awkward gaffes in the media that alienate the Asian base on which her fame is supposed to rest. Here she criticized the "white hero-worship" of the Matt Damon film The Great Wall, then failed to produce a single example of what she might consider an East Asian "hero." Later, she decried the "fetishizing" of Asian women in the media at a feminist march, and then tweeted her support of a now cancelled pilot called Mail Order Family, which was about exactly what you think.
Top
Post Reply
12 posts