A forum for discussing everything related to other Asian classical instrumentalists, Asian ensembles and orchestras, and their instruments and repertoire.
Post Reply
2 posts • Page 1 of 1

Here is an Asian classical musician who is hammering away the piano/violin Asian stereotype. Pius Cheung is a Chinese-Canadian marimba soloist. He has studied at the University of Oregon, Curtis Institute, Boston Conservatory, and received a doctorate from the University of Michigan. 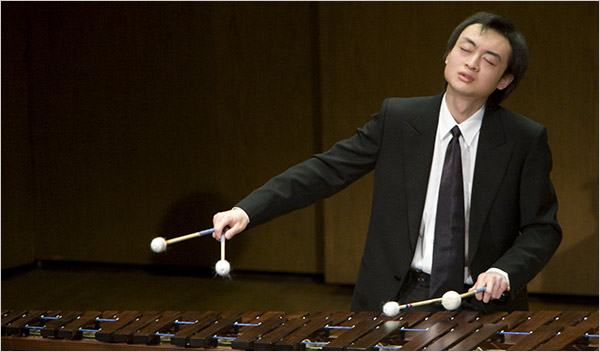 He became somewhat famous after a review of his first CD, a recording of the complete Goldberg Variations, was featured in the New York Times in 2009. It is a very interesting disc. The marimba has a very distinct voice, a strong attack with much less dynamic range than a piano, and very little decay. Cheung plays entire variations with the touch of a feather, which almost seems contradictory since the marimba sounds loud even when played softly. Aside from soft/loud, his only other recourse is to use rubato to shape the music. He likes to delay notes for emphasis, or slow down a passage to a near grinding halt. Some of the faster variations are taken at a slower than usual tempo, but are executed flawlessly. It almost makes you wonder if the Goldberg Variations couldn't be played on the piano with two fingers 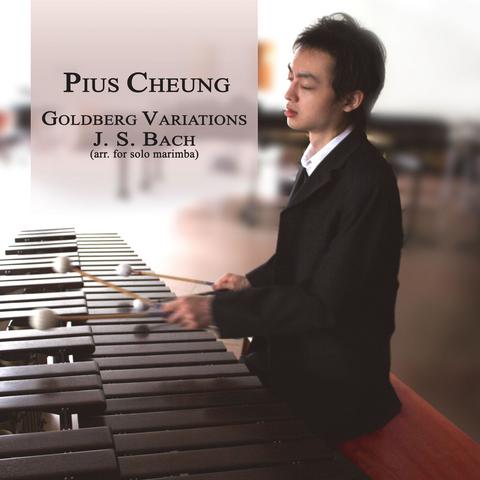 BACH, though an energetic transcriber of other composers’ music, could never have imagined the stampede of arrangers his own scores would attract in a distant future. His “Goldberg” Variations, written for a two-manual harpsichord in 1742, have been widely coveted since Glenn Gould’s landmark 1955 recording on the piano: interpreted and misinterpreted by pianists, jazz trios, guitarists, accordionists, saxophone quartets and others. Now two harpists and a marimba player have entered the fray with recordings of their own transcriptions.

You have to think that Bach would appreciate the inventiveness of Pius Cheung’s version, billed as the first recording of the “Goldberg” Variations on marimba. With the marimba coming into its own as a solo instrument, it was only a matter of time before an enterprising player laid hands on the work. In booklet notes for the recording, released independently, Mr. Cheung, a young Chinese-Canadian virtuoso, writes that the piece is “incredibly difficult” to play on the instrument. But he surmounts the contrapuntal hurdles and offers a stylish, deeply expressive interpretation notable for its clear voicing, eloquent phrasing and wide range of color and dynamics.

Mr. Cheung writes that he tried to do as little arranging of the original score as possible, apart from adapting some of the ornamentation and transposing bass notes that are out of the marimba’s range an octave higher. Since mallets can’t fly as fast as fingers, he takes Variations like Nos. 5 and 26 at slower tempos than those typically heard on the piano or harpsichord. But his elegantly paced Aria, his dynamic playing of Variations Nos. 4 and 18 and his musical, graceful renditions of Nos. 7 and 9 are particularly successful.

There are marimba-specific textural effects, like the blending of brighter high notes over the duskier lower range, with its mellow overtones. The rapid passages in Nos. 14 and 29, illuminating the contrasting timbres of the instrument, are striking. Mr. Cheung captures the dark-hued beauty of No. 25, although in this variation and others the highest notes sometimes sound piercingly bright, perhaps because of the positioning of the microphones.

Over all Mr. Cheung’s recording sounds more idiomatic than some piano performances. Bach on the piano has long ceased to be a novelty but can still sound excessively interpreted. The fine pianist Simone Dinnerstein’s admirable and much lauded Telarc recording is often idiosyncratic, and her baffling recent performance in a late-night recital at the Mostly Mozart Festival was even more extreme.

Transcribing the “Goldberg” Variations for harp is tricky because of the mechanics of the instrument. Performers use seven pedals (one for each note of the diatonic scale) to change the pitches of the strings. So it is hard to play, for example, the chromatic 25th variation, which requires impossibly fast footwork on the harp.

There is much to commend on each disc, with both musicians offering expressive, virtuoso performances that illuminate the myriad moods and depth of the 30 variations. But listeners who enjoy Bach on the harpsichord — or on the piano with a crisp touch and minimal pedal — will prefer Mr. Blassel’s rendition over Ms. Finch’s Romantic, flashier interpretation.

The problem of the harp’s resonance pervades Ms. Finch’s recording to a greater degree than Mr. Blassel’s. This resonance cloaks some sections in an impressionistic New Age haze, as in Ms. Finch’s fast rendition of the first variation.

The engineering of each disc also affects the results. The less brash sound on Mr. Blassel’s reveals a more introspective, intimate interpretation that renders his performance a more natural fit for the harp.

Some listeners might wonder whether more recordings of the variations on novelty instruments are necessary, and purist fans might feel that harpists and marimba players are trespassing on hallowed ground. But devotees of those instruments will be thrilled to enjoy Bach’s masterpiece on familiar territory.

Here is a 2009 disc of Cheung's own compositions: 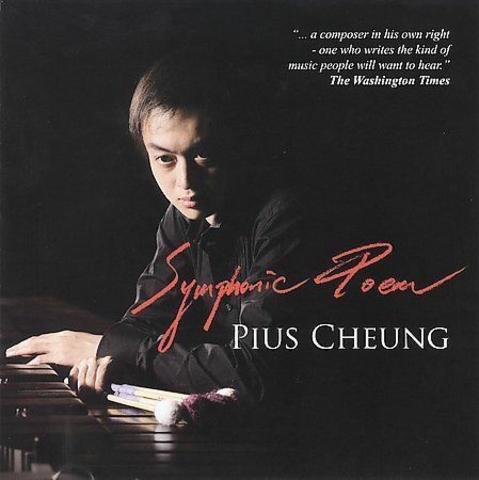 The Symphonic Peom is a large-scale, free-form, single-movement work that probably expands the solo marimba literature by some ridiculous percentage just be virtue of it existing. It reminds me of Liszt's Sonata in B minor, for marimba. It opens with a similar halting fragment that gathers momentum, climaxes in a series of block-chords that progress in a standard tonal, Romantic fashion, and if I am not mistaken one of the motifs from Liszt's Sonata appears in part 5. This work is quite large and may be remembered more for its wide variety of textures than for its actual musical content. I have tried to follow the thematic material, but it just wanders off in too many different places. Certain sections like "Battle" seem to be literal sound-representations of their subject matter. Interestingly, Cheung is able to create a sort of sustained hum on the marimba with a soft tremelo. I don't know if other marimba players use this technique, or are even called upon to use it ever, but it certainly adds another dimension to the instrument.

In the liner notes, Cheung writes: "The composition revolves around interplay between Theme I and Theme II, which represent two of the exact opposites, i.e., good and evil, yin and yang, male and female. Though not strictly programmatic, the piece does have some programmatic ideas as suggested by the track listings." I'm going to say this over and over when it comes to the writing of new works: using words or concepts to add significance to a musical composition is a shortcut to meaning. Binary oppositions are fine, but they are not the notes. Music is its own language. It must make sense as music, not as a representation of something else that has to be explained in an essay. When composers do this, the "conceptual" aspect of the work tends to be something extremely cliched, as in the present case. The most famous “programmatic” pieces in the canon of Western music are remembered for the quality of their musical ideas and the development of those ideas, not their non-musical attribution, which were usually appended after the fact by people other than the composer. If you write strong music, the listener will hear in it more or less whatever he likes. It is not the name of the work that is important; it is that the music is powerful enough to compel people to give it a name.

The remainder of the CD consists of shorter, stand-alone pieces Cheung calls etudes and a very early work called a Musical Moment. Cheung explains that he intends to write a set of 24 etudes for the marimaba in every key. These peices seem to me to be a bit larger in scope than etudes. It is not clear what technique one would be "studying" with them, as they tend to sprawl. There are interesting passages, however, and the instrument itself is interesting to listen to, especially when pushed to the limits of its technical range.
Top
Post Reply
2 posts • Page 1 of 1